Can there be 2 Indian-origin women running for US Prez? Haley hints she may contest

Can there be 2 Indian-origin women running for US Prez? Haley hints she may contest 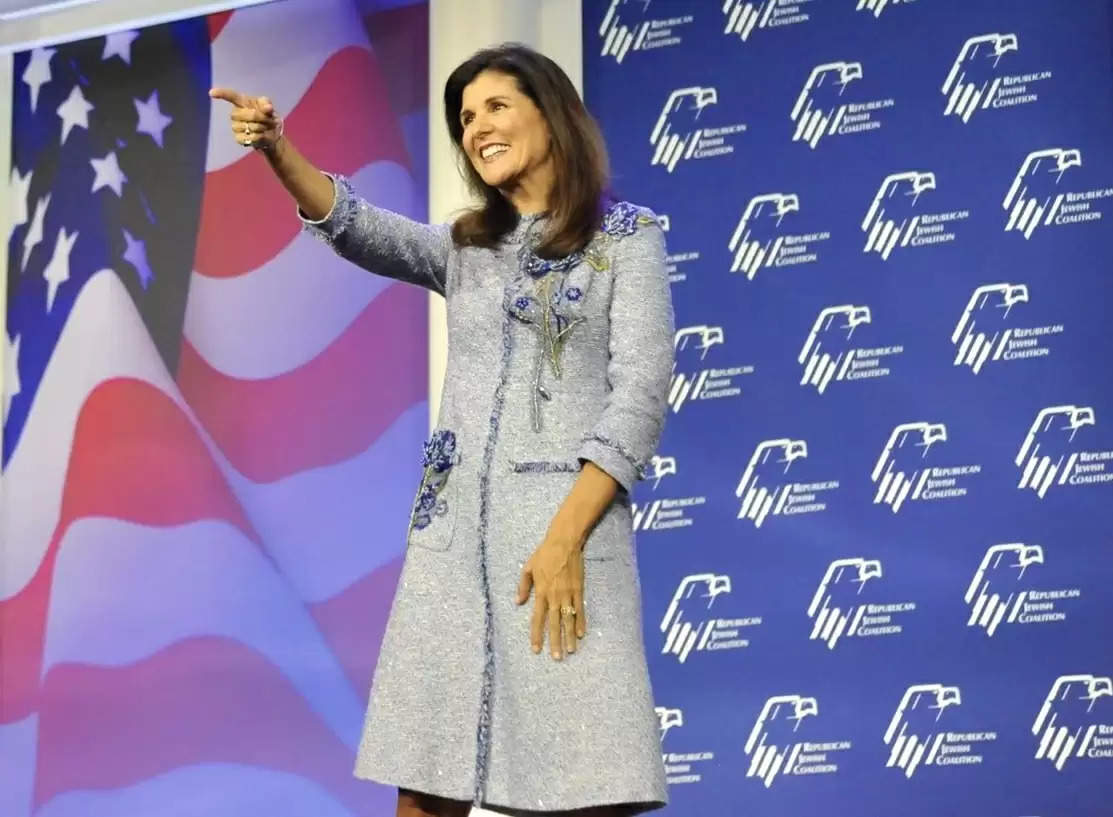 Can there be two women of Indian origin vying for the US presidential nominations from two opposing parties?

New York, (IANS) Can there be two women of Indian origin vying for the US presidential nominations from two opposing parties?

That's in the realm of possibility, distant as it may seem, with Nikki Haley, the daughter of a turban-wearing Sikh immigrant from India, dropping a hint that she may seek the Republican nomination, but it also depends on the 80-year-old President Joe Biden deciding not to seek a second term opening a path for Vice President Kamala Harris to run for the Democratic Party nomination.

So far Biden has said that he is in for another term and will make a final decision with his family early next year.

The first person of Indian-American descent to serve on the US cabinet, Haley said on Sunday that she will look at a run for the presidency "in a serious way" and "will have more say soon".

With a touch of bravado, she added: "For now, I'll say this. I've won tough primaries and tough general elections. I've been the underdog every single time. When people underestimate me, it's always fun. But I've never lost an election and I'm not going to start now. I'm ready for the road ahead."

She spoke at a meeting of the Republican Jewish Coalition (RJC) in Las Vegas, Nevada, which was the first major Republican political gathering after former President Donald Trump had announced his run for the presidency.

Trump also addressed the meeting as did others who may run against him like Florida Governor Ron DeSantis, Texas Senator Ted Cruz and former Secretary of State Mike Pompeo.

After resigning from the cabinet position as Permanent Representative to the UN with only two years on the job, Haley set about building her base in the party.

She set up a political action committee, Stand for America, which endorsed 60 candidates in the November 8 midterm elections and spent $10 million promoting them.

Haley who spoke proudly of her rise from "a brown girl growing up in a small rural southern town", with a stark racial divide and her family's immigration from India, took a dig at Harris, whose primary identification in politics is African-American from her father's roots and has often focused on racism.

She accused Harris of being with those who promoted "self-loathing" among Americans and citing her own family's experience said: "They have the gall to tell us, America is racist."

Before joining Trump's cabinet, Haley had been the Governor of South Carolina, the second person of Indian origin to assume the post after fellow-Republican Bobby Jindal.

"A lot of people have asked if I'm going to run for President. Now that the midterms are over, I'll look at it in a serious way. And I'll have more to say soon," she said.

"If my family and I decide to continue our life of service, we will put 1,000 per cent into it and we'll finish it."

She dropped a subtle hint while criticising Biden's effort to resurrect the Iran nuclear deal that was broken by Trump.

"The next President will shred it on her first day in office," she said with an emphasis on "her" as the audience cheered.

Harris sought the Democratic Party nomination for the 2020 election before dropping out in the initial stages of the campaign and ultimately was selected by Biden for vice president.

Her fortunes are tied to Biden in many ways, starting with whether he will run again.

A CNN poll showed that 67 per cent of all voters surveyed did not want him to run again, although 83 per cent of Democrats were for a second term.

The oldest president 80, Biden who has sometimes stumbled while speaking in public, referring to Harris as President or mixing up Fallujah in Iraq with Kherson in Ukraine, faces questions about his capacity to handle another term.

Giving voice to doubters in his party, Democratic Representative Dean Phillips said: "I think the country would be well served by a new generation of compelling, well-prepared, dynamic Democrats to step up."

Should Biden decide not to run, the focus will be on Harris.

Her performance as Vice President has been mediocre, notably having failed to stem illegal immigration, a task entrusted to her by Biden.

But her stock has risen with Biden's within the party after the Democrats' surprisingly strong showing in the midterm elections which was seen as a referendum on him and Trump.

While being Vice President gives her an edge should Biden decide not run, she will still face strong challenges for the party nomination.

Haley will have an even more daunting task ahead if she decides to take on the race.

RealClear Politics aggregation of polls about the Republican nomination for the 2024 election showed that Haley had only a 2 per cent backing, compared to 47.3 per cent for Trump and 29 per cent for DeSantis.

Haley is only 50 years old and even if she doesn't make it in 2024, the run would have raised her profile for several opportunities ahead.

She may even have a shot at the Vice Presidential nomination.

While indirectly criticising Trump at the RJC meeting for the party's expected red wave turning into a trickle, she also tried to make amends saying, "I disagree that our losses were due to one person".

She has had a tenuous relationship with Trump.

She first endorsed his rival Florida Senator Marco Rubio for the party nomination but got behind Trump when he became the candidate and he picked her for the cabinet.

Her criticism of Trump has, on the other hand, made her a viable choice for Republicans opposed to the former President.

In what could be seen as a dig against Trump many of whose handpicked candidates gave the party a costly defeat, she said on Sunday: "We have to choose candidates that can win not just a primary but also a general election. We don't need more politicians who love to go on TV and talk about our problems."

After the January 6, 2021, physical attack on Congress by Trump's rioting supporters, she told a party meeting the next day: "He was badly wrong with his words yesterday. And it wasn't just his words. His actions since Election Day will be judged harshly by history."

In her Sunday speech, Haley repeatedly emphasised status as a racial minority in a party associated with whiteness and said it should reach out to minorities - Hispanics, Asians, African Americans and Jews.

Her parents came to the US "from India with $8 in their pocket" and successfully -- and proudly -- navigated the American South, she said.