This bloke is batting on a different planet: Glenn Maxwell on Suryakumar Yadav

This bloke is batting on a different planet: Glenn Maxwell on Suryakumar Yadav 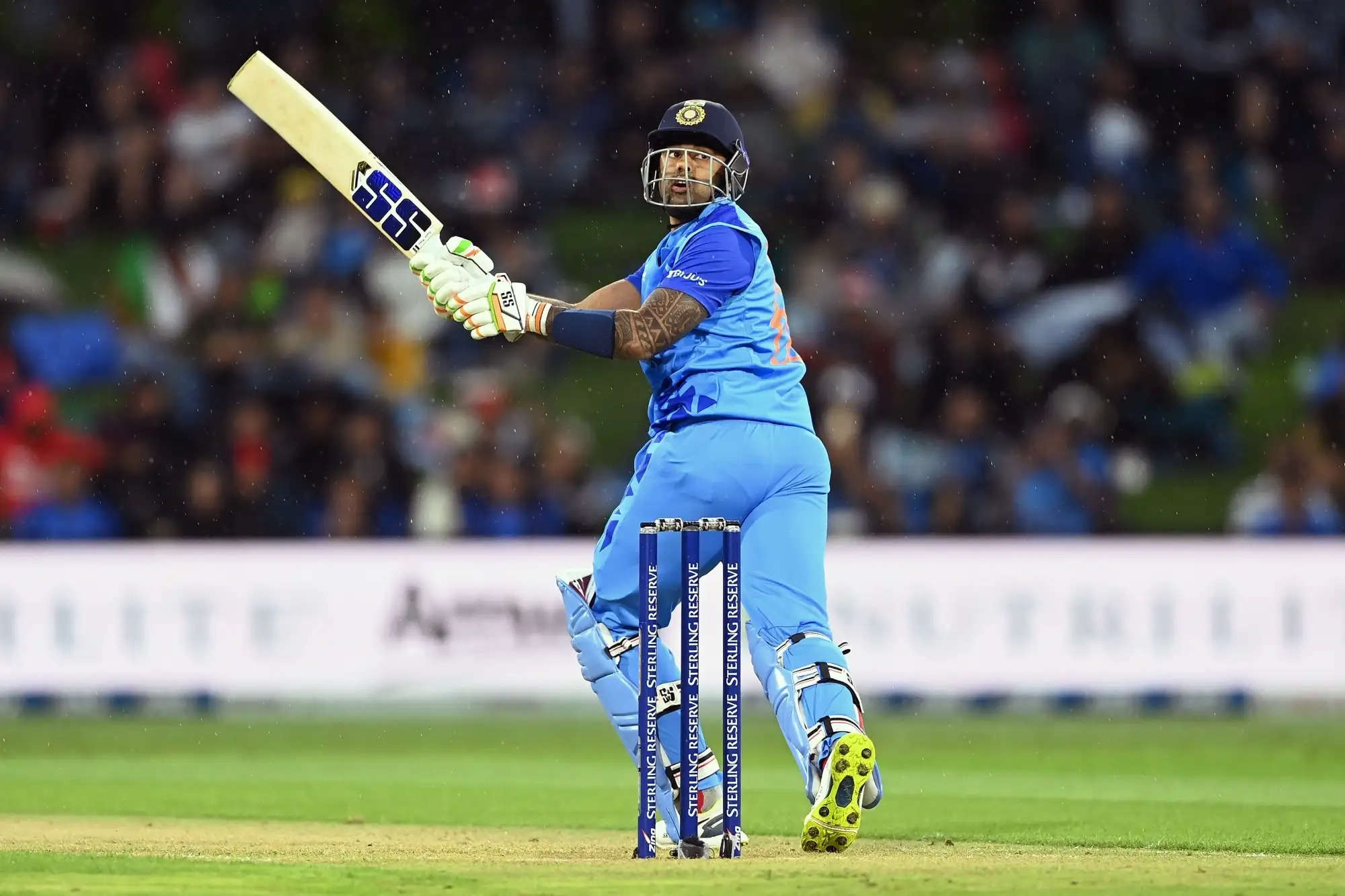 2022 has been a year in which the Suryakumar Yadav fan club has seen many additions, thanks to the 360-degree stroke-play and astonishing knocks produced by the right-handed batter to be the leading run-getter in T20Is this year.

New Delhi, (IANS) 2022 has been a year in which the Suryakumar Yadav fan club has seen many additions, thanks to the 360-degree stroke-play and astonishing knocks produced by the right-handed batter to be the leading run-getter in T20Is this year.

Australia's all-rounder Glenn Maxwell, who broke his leg in a freak accident recently, is the latest addition to the list of Suryakumar's admirers, terming him as "batting on a different planet".

Maxwell was expressing his admiration for Suryakumar citing his knock of 111 not out off 51 balls, which gave India a 65-run win over New Zealand, in an innings during which the rest of the visitors' batters made 69 runs off as many balls, and was called by Virat Kohli as a "video-game innings."

"I saw the (Mount Maunganui T20I) scorecard from the first innings. I screenshot it and sent it straight to Finchy [Aaron Finch] and I said, 'What is going on here?' This bloke is batting on a different planet. I said, 'Look at everyone else's scores and look at this bloke, that's 111 off 50! What is going on?'."

"So, the next day, I watched the full replay on Kayo [a video streaming app] and watched the whole innings and the embarrassing thing is that he is so much better than everyone else. It's almost hard to watch. No one we've got is close to that; no one anyone else has got is close to that," said Maxwell on The Grade Cricketer Podcast.

On a sluggish pitch where almost all batters found it tough to time the ball, Suryakumar, the top-ranked T20I batter, hit 11 fours and seven sixes all over the park at a strike rate of 217.65 to get his second T20I century.

From being 57 off 35 balls at the end of the 16th over, Suryakumar smacked 54 runs off his last 16 balls to propel India to a challenging score of 191/6. Eventually, the bowlers came to the party to bowl out New Zealand for 126 all out in 18.5 overs.

"Suryakumar Yadav is doing it in such a bizarre, ungainly way where he's hitting the middle of the bat by just like stepping across, deciding to sweep somebody who's bowling 145 (kph) from off the wicket on the other side."

"And then just putting his head down walking down chewing some gum, glove tap, bat tap, sort of a bit of a swagger and off he goes again and does it again."

"He's playing some of the most ridiculous shots I've ever seen and he's doing it stupidly consistently. It's just actually a bit hard to watch because it just makes everyone else look so much worse for not being able to do that," gushed Maxwell.

A lot of his runs, as per Maxwell, are coming due to his supple wrists and fast hands enabling him to hit boundaries anywhere in the stadium. "He plays the field so well and his wrists and hand speed is so quick that he is able to make a last-minute adjustment, a last-second adjustment to make sure that he can get the ball into a gap."

"The way he plays spin, the way he hits it over cover, he reverses really well, he sweeps strong, and he is still able to hit the ball strong down the ground. To have that ability to hit the ball around the ground but so powerfully all over the place. He's just so good," he added.

Maxwell signed off by praising Suryakumar's 40-ball 68 against South Africa in the Super 12 match of the T20 World Cup at Perth. "The innings that he played at Perth was one of the most ridiculous innings I have ever seen, having batted there a couple of days before that. Especially for an Indian to bat like that in those conditions and be so successful is just incredible."

Suryakumar will be next seen in action when India play the ODI series opener against New Zealand in Auckland on Friday.