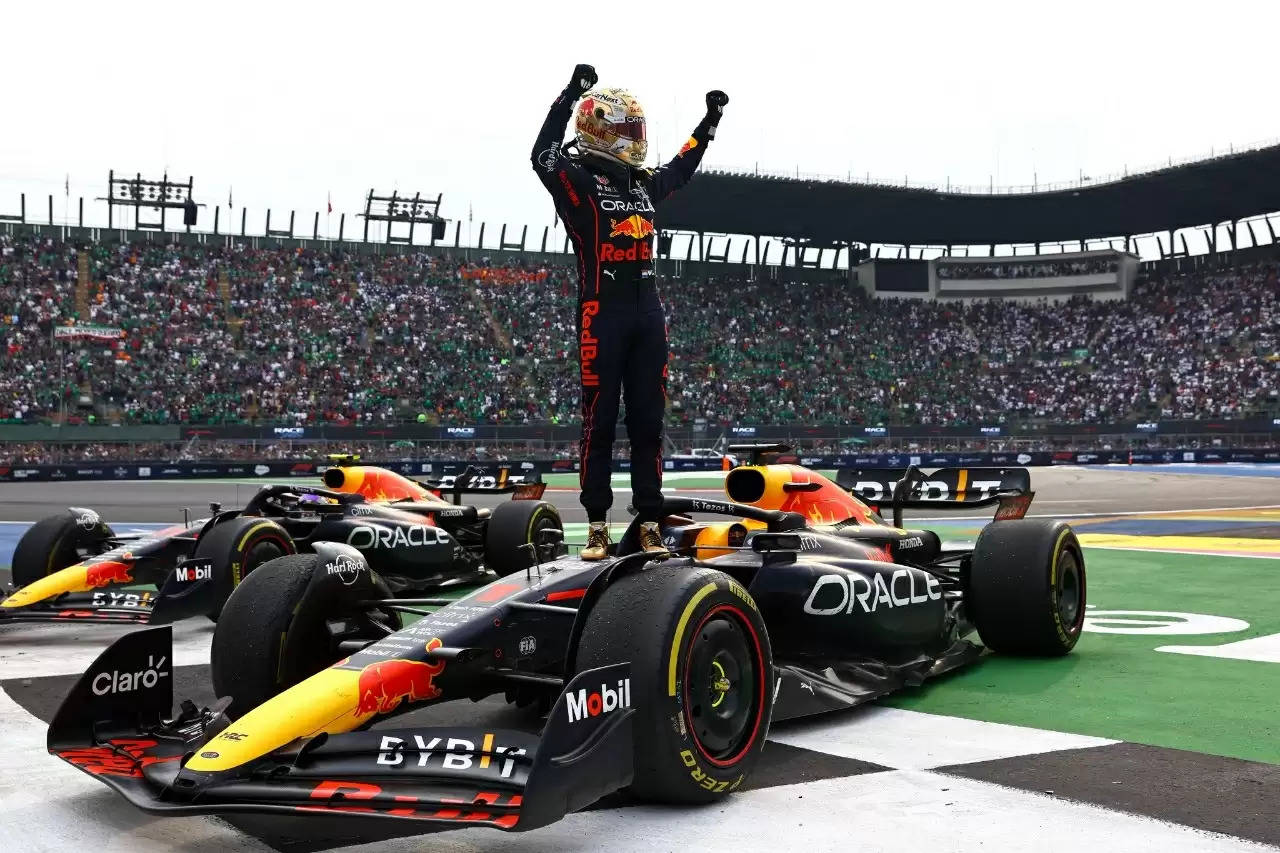 Dutch Formula 1 driver Max Verstappen made history as he beat Mercedes' Lewis Hamilton to claim his 14th victory of the 2022 season in the Mexican Grand Prix after an intriguing strategic battle at the Autodromo Hermanos Rodriguez here on Sunday.

Mexico City, (IANS) Dutch Formula 1 driver Max Verstappen made history as he beat Mercedes' Lewis Hamilton to claim his 14th victory of the 2022 season in the Mexican Grand Prix after an intriguing strategic battle at the Autodromo Hermanos Rodriguez here on Sunday.

It secures another record for the young Dutchman, as he now boasts the most wins in a single F1 campaign, moving one clear of the 13 achieved by Germany's Michael Schumacher (2004) and Sebastian Vettel (2013).

Verstappen, whose Red Bull team opted for a soft-medium tyre strategy, took the chequered flag some 15 seconds ahead of Hamilton, who was left to question why Mercedes swapped their starting set of mediums for hard tyres, according to formula1.com.

Perez gave the home fans something to cheer about in third, having threatened to challenge Hamilton late on, while Mercedes' George Russell -- who lost out to his team-mate at the start -- took a distant fourth.

Russell was also unhappy with his strategy, repeatedly asking Mercedes to pit again and ditch the hard tyres, which failed to bring the race back to the Silver Arrows in the closing stages -- a stop for soft tyres with two laps to run at least yielding the fastest lap.

Ferrari endured a lacklustre race as Carlos Sainz and Charles Leclerc claimed distant P5 and P6 finishes, ahead of McLaren driver Daniel Ricciardo, who charged his way to seventh with soft tyres late on and kept the position despite a 10-second time penalty for a clash with Yuki Tsunoda.

Esteban Ocon placed eighth, after a late retirement for Alpine team-mate Fernando Alonso, as the other McLaren of Lando Norris and Alfa Romeo's Valtteri Bottas -- not quite able to repeat his qualifying performance -- completed the points.

AlphaTauri driver Pierre Gasly picked up a five-second penalty for an early, aggressive move on Aston Martin rival Lance Stroll and ultimately missed out on a point by just half a second, with Alex Albon 12th for Williams.

Zhou Guanyu got his Alfa Romeo to the line ahead of Aston Martin pair Vettel and Stroll, followed by the Haas cars of Mick Schumacher and Kevin Magnussen.

Nicholas Latifi was the final finisher in his Williams.