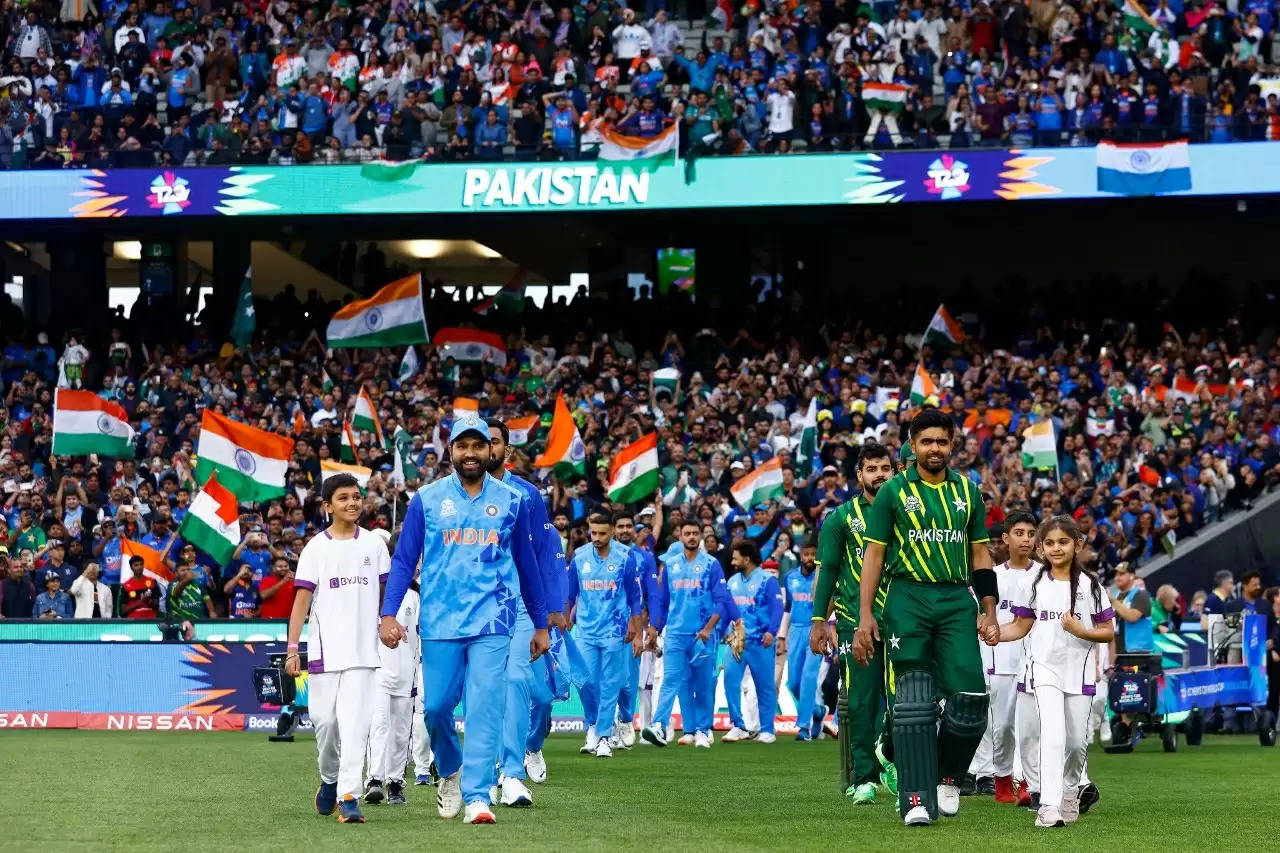 Former Australia allrounder Simon O'Donnell has indicated talks are likely underway for India and Pakistan to play a Test match Down Under, following the grand success of the clash between the arch-rivals in the ICC T20 World Cup at the Melbourne Cricket Ground (MCG) on October 23.

Melbourne, (IANS) Former Australia allrounder Simon O'Donnell has indicated talks are likely underway for India and Pakistan to play a Test match Down Under, following the grand success of the clash between the arch-rivals in the ICC T20 World Cup at the Melbourne Cricket Ground (MCG) on October 23.

More than 90,000 spectators witnessed India's thrilling last-ball T20 World Cup Super-12 win against Pakistan at MCG, while millions across the world watched the match on television, resulting in a revenue windfall for Cricket Australia (CA).

India and Pakistan have not played a bilateral series for ages due to tensions between the neighbours and their matches are restricted to only major tournaments organised by the International Cricket Council (ICC) and Asian Cricket Council (ACC).

O'Donnell, who has played six Tests and 87 ODIs primarily as a right-arm pace bowler, said there's are also talks of a potential triangular ODI series involving India, Pakistan and Australia if the "hopes of a Test match fall through", according to sen.com.au.

"That (their T20 World Cup clash) was extraordinary," O'Donnell said on SEN Breakfast on Monday.

"That game itself is the one that's held the tournament up so far, people keep referring back to it. There was 90,000 at a neutral venue, there was extraordinary emotion, the scenes of the game, the tightness of the game, the pressure. It was magnificent sort of stuff, to the level that I can say there will be discussions being had, or there are discussions being had to play a Test match here," said O'Donnell.

"There's also the possibility of a triangular One-Day series between India, Pakistan and Australia or a Test match between India and Pakistan. My word there are (conversations happening), in the wake of this (T20 World Cup clash). There are already discussions taking place," he added.

O'Donnell opined the cricket's governing bodies should not fritter away the gains from the T20 World Cup clash between the two countries and cash in on the success.

"You can't let that just dissipate and fade," O'Donnell said. "You need to envelop and embrace it, I can tell you discussions are underway."

India and Pakistan last played a Test series in 2007 with India winning the three-game series 1-0 on home soil.