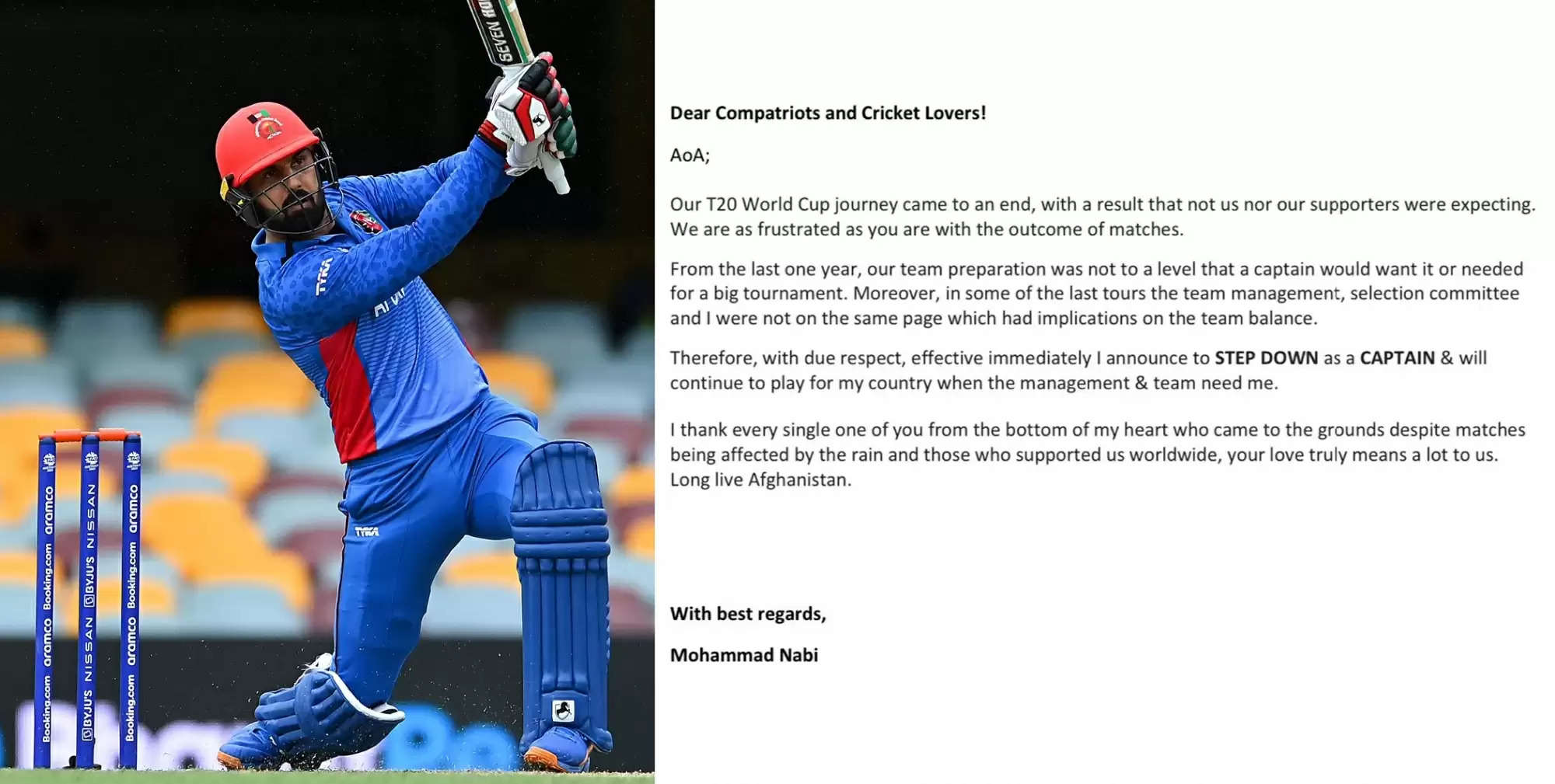 All-rounder Mohammad Nabi on Friday resigned as Afghanistan's captain following the loss to Australia in the Men's T20 World Cup, citing his disappointment at the team's preparation for the mega event and disagreements with the selectors and management.

Adelaide, (IANS) All-rounder Mohammad Nabi on Friday resigned as Afghanistan's captain following the loss to Australia in the Men's T20 World Cup, citing his disappointment at the team's preparation for the mega event and disagreements with the selectors and management.

Chasing a total of 169 for victory, Afghanistan lost to Australia by four runs in their last Super 12 fixture of the ICC Men's T20 World Cup 2022. The narrow defeat meant that Afghanistan finished the World Cup with three defeats and two no-results, making them the only team to leave the tournament without a win.

"Our T20 World Cup journey came to an end, with a result that not us nor our supporters were expecting. We are as frustrated as you are with the outcome of matches," Nabi said in a statement posted on his Twitter account.

Nabi captained the team in 35 T20Is with Afghanistan winning 16 of those matches.

The skipper explained that he and the selection committee were not on the same page which had implications for the team balance. However, the all-rounder clarified that he would continue as a player and will be available when the management and team need him.

"From the last one year, our team's preparation was not to a level that a captain would want it or needed for a big tournament. Moreover, in some of the last tours, the team management, selection committee and I were not on the same page which had implications on the team balance," said Nabi.

"Therefore, with due respect, effectively immediately I announce to STEP DOWN as a CAPTAIN & will continue to play for my country when the management & team need me.

"I thank every single one of you from the bottom of my heart who came to the grounds despite matches being affected by the rain and those who support us worldwide, your love truly means a lot to us. Long live Afghanistan," he added.

The 37-year-old took over as captain before the 2021 T20 World Cup in the UAE after Rashid Khan's resignation. Nabi had previously also been named captain in 2010, replacing Nawroz Mangal.

The veteran cricketer did not give any indication of his intention to retire while speaking at the post-match presentation and neither his resignation was not mentioned by Jonathan Trott, Afghanistan's coach, in the press conference.