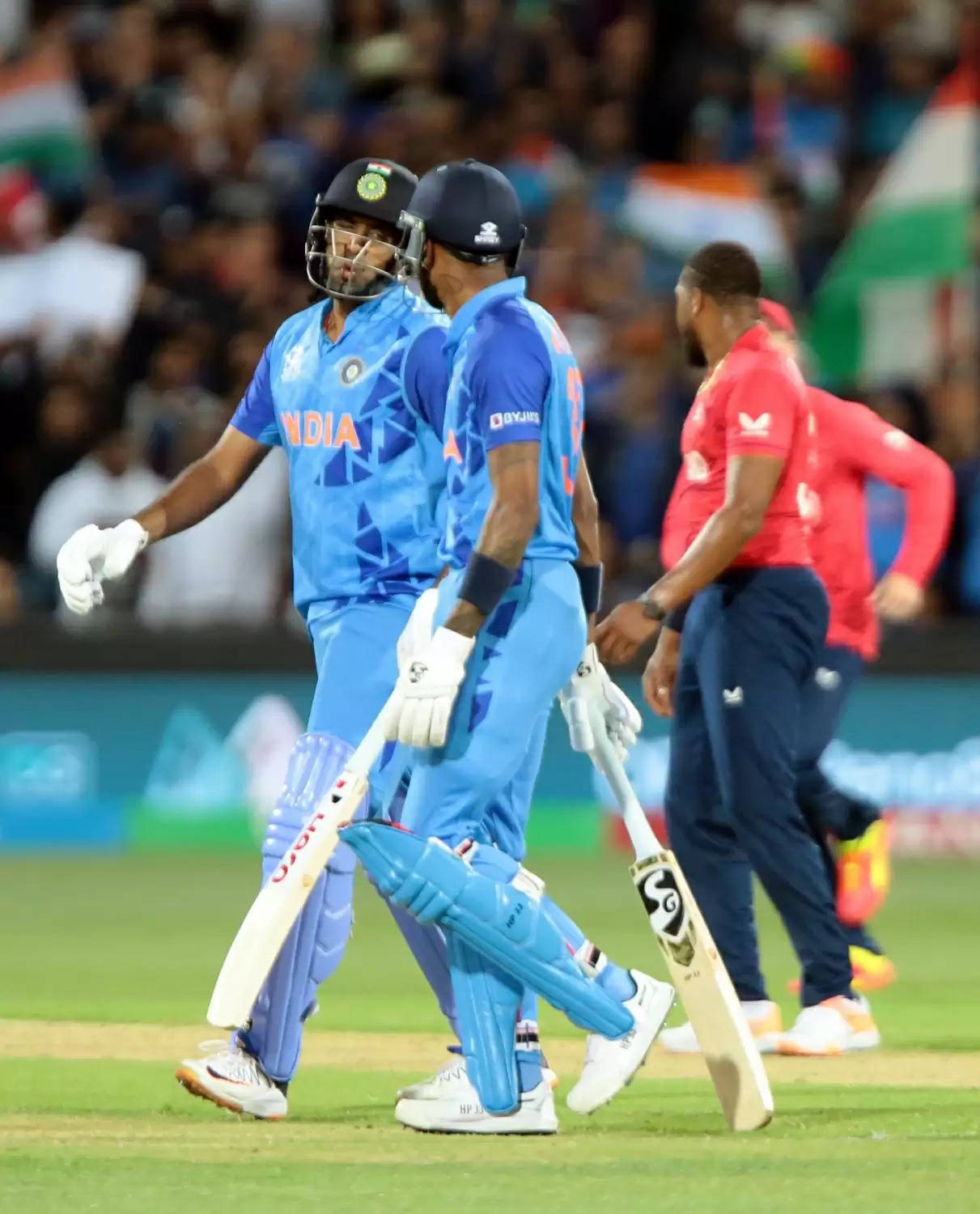 Former England skipper Nasser Hussain slammed India for playing old-fashioned power-play cricket in their deflating ten-wicket loss to the Jos Buttler-led side in the second semi-final of Men's T20 World Cup at the Adelaide Oval.

Despite possessing of a formidable batting line-up, India's constant problem of not getting a flying start in the tournament came back to bite them again when they made just 38/1 in the powerplay, which paled very badly in comparison to 63/0 when Buttler (80 not out) and Alex Hales (86 not out) were at the crease to chase down 168/6 with four overs to spare.

"When you see England in the first six overs there is a glaring error (from India). Hales and Buttler are playing the way they are and India are still playing old-fashioned powerplay cricket," said Hussain on Sky Sports after the match ended.

Ex-captain Michael Atherton agreed with Hussain's views and also slammed India's clueless bowling which didn't stop England from setting up a finale clash with Pakistan at Melbourne on Sunday.

"The game was won and lost at the start of each powerplay. India basically let England's bowlers settle - and you can argue it's good bowling or cautious batting - but when England came out they did not let them settle. It was a huge contrast between the two teams. It kind of sends a message to the team you are about to play in the final."

Eoin Morgan, the former England captain who took them to 2019 ODI World Cup trophy at home, lavished praise on Buttler and Co for making India look an ordinary side. "Absolutely mind-blowingly good. They made a very good Indian side look ordinary and that's very difficult to do. That involves planning well, executing, and then taking it one step further and putting them to bed."

"Against big players like Rohit Sharma, KL Rahul, Suryakumar Yadav and Virat Kohli they out-thought them, out-executed them and made them look an average team. It's like a big boxing bout but at two different weight divisions, that's how it felt towards the end with Alex Hales and Jos Buttler going absolutely bananas. I'm so happy for the side, for Jos and for (coach) Matthew Mott. The opportunity now on Sunday is huge."

"They've blown away a very strong Indian team on paper today and they'll sit in that changing room tonight, hopefully with a cold drink in hand, and reflect very proudly with one eye on the final on Sunday."