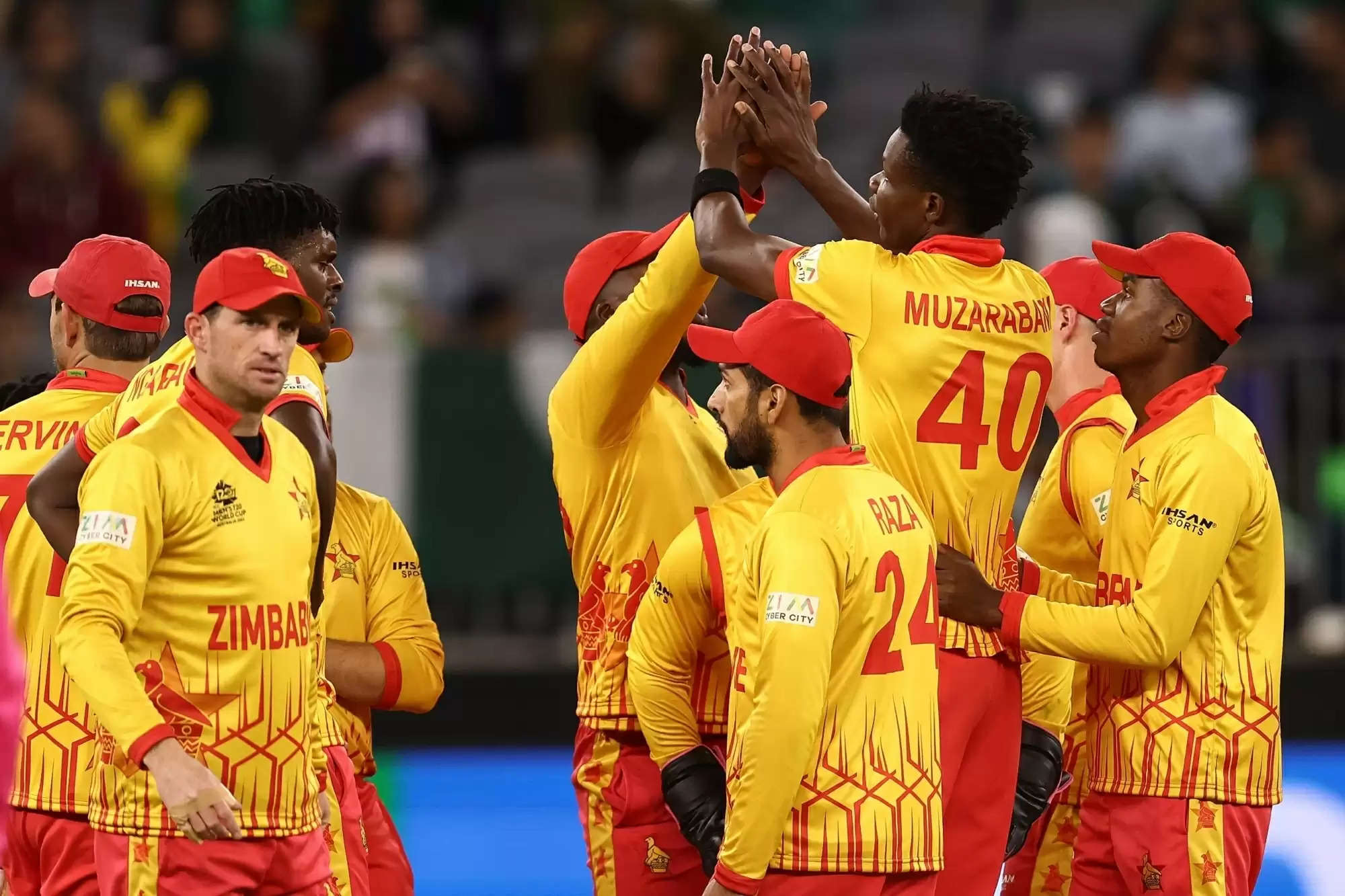 Following Pakistan's humiliating defeat against Zimbabwe in the ICC T20 World Cup, former cricketers from their country slammed the team-management, PCB chairman for poor performance and also questioned the selectors for choice of players for the mega event in Australia.

New Delhi, (IANS) Following Pakistan's humiliating defeat against Zimbabwe in the ICC T20 World Cup, former cricketers from their country slammed the team-management, PCB chairman for poor performance and also questioned the selectors for choice of players for the mega event in Australia.

A spirited Zimbabwe team held its nerves to beat Pakistan by one run in a thrilling ICC Men's T20 World Cup 2022 Super 12 match that went down to the very last delivery at Perth Stadium on Thursday.

This was Pakistan's second defeat in two games and their road to the semifinal has become difficult now. They had earlier lost to arch-rivals India in their campaign opener on Sunday.

"From day one I said poor selection, ab is cheez ki responsibility kon le ga I think it's time to get rid of so called chairman jo pcb ka khuda bana hua hai and so called chief selector," Amir wrote on twitter.

"I have been saying this repeatedly, these openers, the middle order aren't good enough for us to get success at this level. What can I say?"

Pakistan has a bad captain. Pakistan is out of the world cup in the second game. Against Zimbabwe. Babar, come one down but he is not listening. Major flaw in Shaheen Afridi's fitness. Major flaw in captaincy, management," said Akhtar on his YouTube Channel.

"What kind of cricket, you want to play? For god's sake, you have lost to Zimbabwe. Don't you understand your cricket is deteriorating. The management to PCB chairman don't have brains � we had to play 4 bowlers, we have been playing 3 fast bowlers. Proper middle order is needed, you are selecting something else.

Two good openers were needed who can use the 30-yard circle. Fakhar Zaman is sitting there; you didn't use him. He is a back-foot player, would do well in Australia," he added.

He further said that it's an embarrassing loss.

"It's really really embarrassing. Ultimately, it's not for you but we have to face the media. We have to sit in India. We have to give answers to the world. What answers can we give now?" the former pacer concluded.

"Won't call the result an upset, if you watched the match you know Zimbabwe played top cricket from ball #1 and showed how to defend a low total on a batting pitch. Congratulations @ZimCricketv on the win, your passion and hard work shows #PAKvsZIM," tweeted Afridi.

After Thursday's loss, Pakistan will need to win all three of their remaining fixtures while also relying on other results elsewhere.