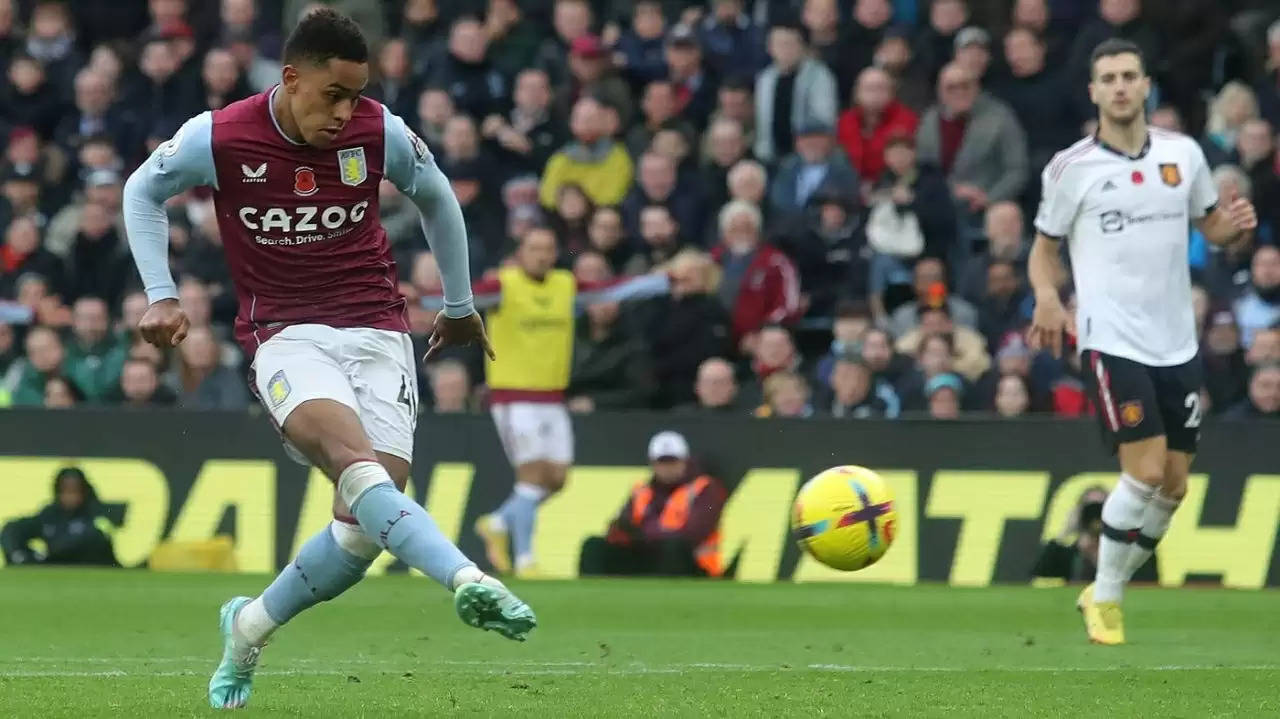 Unai Emery's Aston Villa came up with a superb performance to shock Manchester United 3-1 at Villa Park, handing the coach victory in his first match in charge of the club.

Aston (Birmingham), (IANS) Unai Emery's Aston Villa came up with a superb performance to shock Manchester United 3-1 at Villa Park, handing the coach victory in his first match in charge of the club.

The head coach masterminded the club's first win in a Premier League home game versus the Red Devils since 1995 on the back of a flying start.

Leon Bailey drove home the opener in the 7th minute before Lucas Digne netted a delightful free-kick to double the lead shortly after.

Luke Shaw's deflected strike just before half-time failed to deter the hosts, who wrapped up all three points when Jacob Ramsey slammed home a pass from the influential Ollie Watkins minutes after the restart.

Though United held sway with 61% possession while Villa had 38%, the hosts had six shots in all of which four were on target. United took eight shots but only three of them were on target.

Emery, who was given a rousing reception when he appeared from the tunnel, opted to make two changes to the starting XI f'om the team's last outing against Newcastle United, bringing Digne and Ramsey into the line-up.

And his changes produced almost instantaneous results as Ramsey had a major hand in the first goal after seven minutes. The homegrown hero picked the ball up after fine work by Watkins, threading a pass through to Bailey and watching on as the Jamaican fired a low left-foot shot across David de Gea and into the far corner.

Less than four minu'es later, Emery's decision to bring Digne back into the team paid off handsomely too. After Ramsey had been scythed down by Shaw, the Frenchman stepped up and curled a free-kick over the wall and 'way from de Gea's despairing dive.

However, United did begin to find their feet in the final third and drew two fine saves out of the Argentine goalkeeper Emi Martinez via 'lejandro Garnacho's drive and'Cristiano Ronaldo's header.

And just seconds before first-half stoppage time was announced over the tannoy, Martinez 'as beaten when Shaw's half-volley took a wicked deflection off Ramsey and flew into the un'anned half of Villa's goal.

The home side started the second half with renewed attacking intent, seeing Bailey fire a fierce drive at de Gea just eight seconds aft'r the restart.

Villa's offensive approach was rewarded shortly after when Watkins, who dribbled from the 'alfway line into United's box before pulling the ball back, left the onrushing Ramsey with a simple finish from close range.

With their two'goal lead restored, Emery's team continued to play with fluency and confidence in attack while restricting their visitors to fleeting moments of promise at the other end.

Boubacar Kamara, who returned after a six-game absence, Ashley Young and Danny Ings were sent on with 12 minutes remaining as Watkins, Emi Buendia and Digne were given a deserved standing ovation.

The changes had the desired effect of seeing out the match without any further incident, leaving a sold-out stadium to serenade Villa and their new head coach at the final whistle.