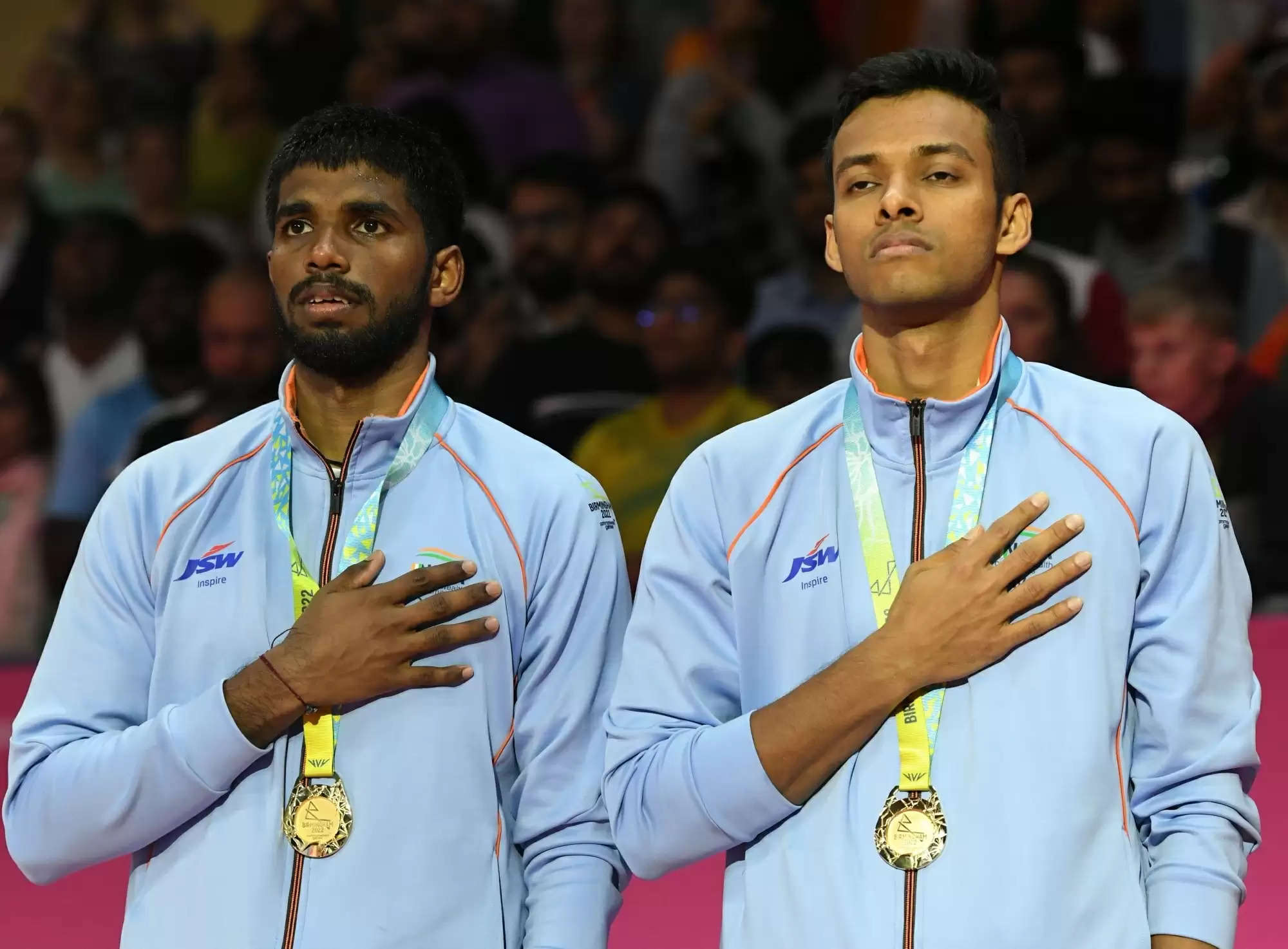 With this, Satwik and Chirag's also won their first-ever super 750 and second BWF World Tour title this year.

This was their fourth BWF World Tour title, but the previous three were lower tier tournaments. Their first, the Hyderabad Open 2018, was a Super 100 tournament while the Thailand Open 2019 and India Open 2022 were both Super 500 events.

The win also makes Chirag and Satwiksairaj the first Indian doubles pair to clinch a BWF Super 750 crown. The duo had also made it to the 2019 French Open final but lost the title decider to Indonesian aces Marcus Fernaldi Gideon and Kevin Sanjaya Sukamuljo.

This was also the first time since Partho Ganguli and Vikram Singh's triumph in 1983 that an Indian men's doubles pair won the French Open badminton title.

World No 8 India pair, who had beaten South Korea's Choi Sol Gyu and Kim Won Ho 21-18, 21-14 in the semifinals, made a strong start in the final and picked up the first five points of the match to set the tone.

The Indian duo, playing their aggressive brand of badminton, comfortably controlled the opening game and closed it out with ease.

Shetty and Rankireddy, who were playing their Chinese Taipei opponents for the very first time, continued the momentum in the second game and went into the mid-game interval with a comfortable six-point lead.

However, Lu Ching Yao and Yang Po Han, showed character and clawed their way back into the contest and levelled the score at 14-all. The comeback clearly marked a momentum switch in the match as the Chinese Taipei pair fought hard to take a 19-17 lead.

But, the in-form Indian pair, who became the Commonwealth Games champions in Birmingham earlier this year, showed extreme maturity to hold their nerves to secure the game, match and title.