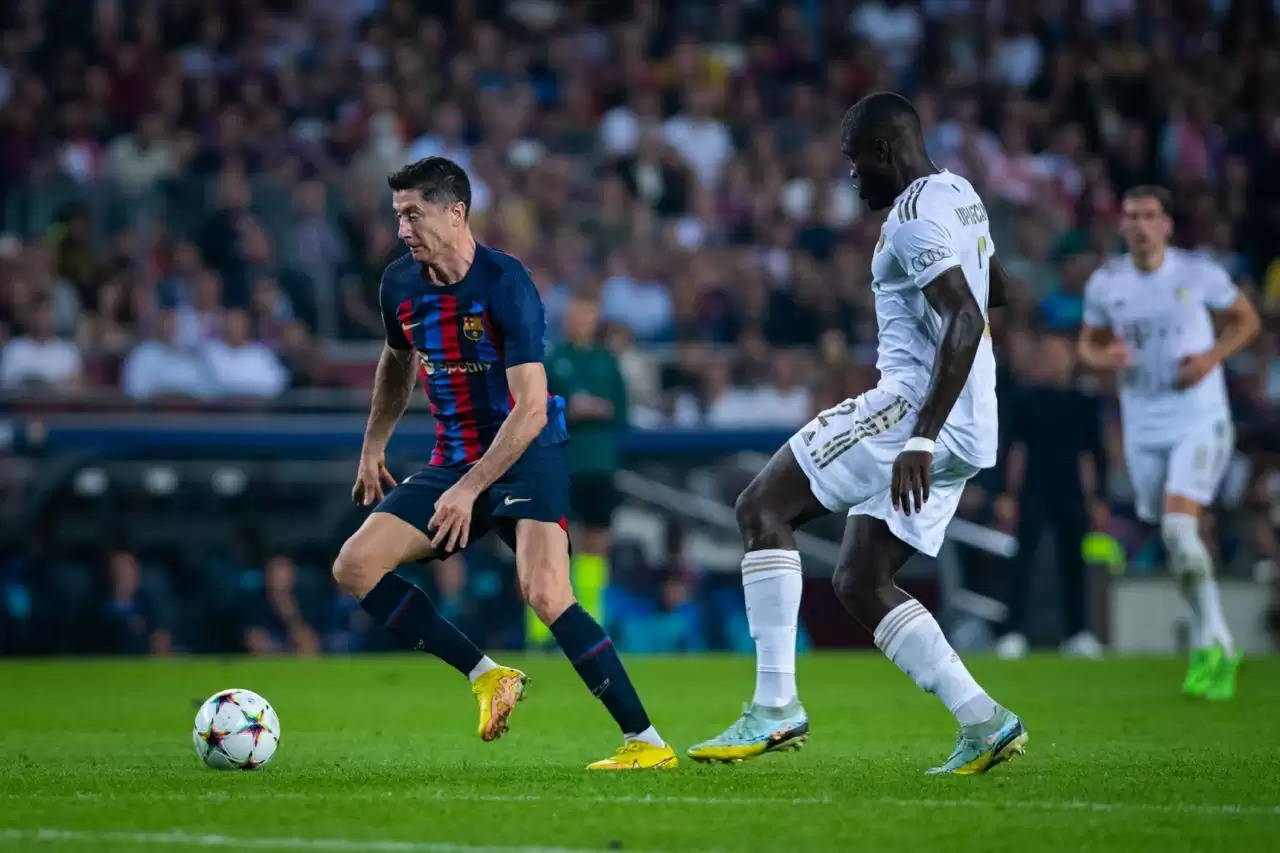 Barcelona crashed out of the Champions League in humiliating fashion on Wednesday after losing 3-0 at Camp Nou to Bayern Munich.

Barcelona, (IANS) Barcelona crashed out of the Champions League in humiliating fashion on Wednesday after losing 3-0 at Camp Nou to Bayern Munich.

The 3-0 loss at home left coach Xavi's side with just four points from five games in Group C, six points behind second-placed Inter, ensuring they will drop into the Europa League.

It is the second season in a row in which five-time winners Barcelona have failed to make the Champions League last-16 having previously done it for 17 successive seasons.

The mood was despondent enough in the Barca camp before this game had started. The miracle all hopes had been pinned on had not happened. As everyone had feared, Inter Milan had beaten Viktoria Plzen, and beaten them soundly, 4-0.

The small possibility of still making it into last sixteen of the Champions League had already vanished before a ball had been kicked in the Camp Nou.

Barca were only playing for pride. And following five consecutive defeats to Bayern Munich, this fixture offered the perfect chance to recover some of that.

Unfortunately, not even that was going to happen. After just ten minutes Sadio Mane was converting a finely judged pass from Serge Gnabry and on the half hour Eric Choupo-Moting tucked away Bayern's second.

Despite doing the bulk of the playmaking, Barca had been caught twice on the counter attack. And the Germans could have done it again had Ter Stegen not made a phenomenal save on the edge of half-time and Gnabry not had a goal chalked off for offside.

It was all going wrong, but credit has to go to the 84,016 fans in the Spotify Camp Nou, a huge crowd given the circumstances, who stuck behind their team all the way.

There was little to cheer about yet they were cheering all the same. But even when Robert Lewandowski came down in the area and Barca were awarded a penalty, VAR handed the Germans a reprieve.

Instead the only other goal, and with practically the last kick of the game, and just to rub salt into the wound, came from the foot of Benjamin Pavard.

This was the fourth time Barca have lost both home and away to the Bavarians in this competition.

Barca will complete their Group C schedule with a visit to Viktoria Plzen next Tuesday. That game will have no bearing on the final positions, which are already decided.

The only consolation, which right now feels like a small one, is that tonight's results do guarantee that Barca will finish third in the group and have thus secured a place in the Europa League.

It's not the trophy Barca wanted at the start of the season, but once they have put this disappointment behind them, it's still a target that Xavi Hernandez and the team will be relishing.