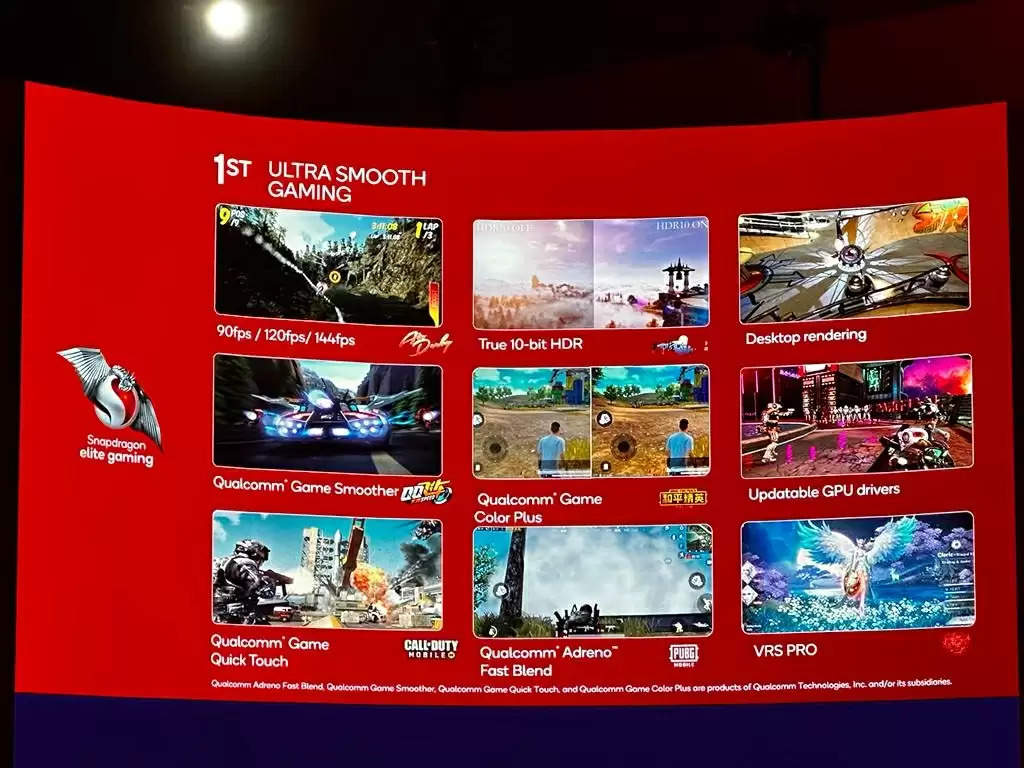 As more and more people play games on high-end smartphones, including millions in India, chip major Qualcomm has doubled down on making 'Elite Gaming' more immersive and sound more alive.

The aim is to help original equipment manufacturers (OEMs) and game developers create better experiences for their users.

Tay tracing is a technique that makes light in video games look like in real life. It emulates the way light reflects and refracts in the real world.

The company said during the ‘Snapdragon Summit' 2022 here that the gamers will be able to experience photorealistic human characters in their games with the world's first mobile-optimised support for Unreal Engine 5 ‘Metahumans Framework' on Snapdragon.

The company claimed that the upgraded Qualcomm Adreno GPU delivers up to 25 per cent faster performance and the Qualcomm Kryo CPU enables up to 40 per cent more power efficiency, so users can achieve "champion-level gameplay with longer battery life".

The new and improved features include spatial audio with dynamic head-tracking, lossless audio quality, and 48 milliseconds (ms) latency with voice back-channel for in-game chat when playing on a smartphone.

These are optimised to work with the latest Snapdragon 8 Gen 2 Mobile Platform for lag-free gaming and music.

"We were first to deliver Lossless audio over Bluetooth and since then, we've continued to innovate," said James Chapman, vice president and general manager, Voice, Music & Wearables, Qualcomm International.

"We know from our 2022 State of Sound consumer research that more than half of consumers say they will be seeking out support for spatial audio on their next set of wireless earbuds," he added.

"We have worked closely with the Bluetooth SIG to ensure these new platforms are fully qualified to support this use case," added Chapman.

The Qualcomm S5 and S3 Gen 2 Sound Platforms are expected to be available in the second half of 2023.