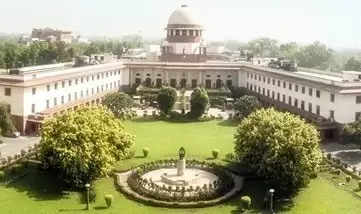 The Centre has sought a review of the Supreme Court order releasing all six convicts in the assassination of former Prime Minister Rajiv Gandhi.

New Delhi, (IANS) The Centre has sought a review of the Supreme Court order releasing all six convicts in the assassination of former Prime Minister Rajiv Gandhi.

The Centre's plea said: "It is respectfully submitted that the said order granting remission to the convicts who had assassinated the former Prime Minister of the country was passed without affording an adequate opportunity of hearing to Union of India (which was a necessary party to the present lis) or being formally impleaded as a party to the petition (the onus of which rested with the appellants/convicts."

"The remaining six convicts filed criminal appeal... no notice was issued to the Union of India nor was Union of India (UoI) formally impleaded as a party. The UoI was not made a party in the SLP/Criminal Appeal filed by the convicts, hence the UOI had not been given an opportunity to be heard in the matter."

A bench of Justices B.R. Gavai and B.V. Nagarathna had passed the order after noting that convicts' conduct was satisfactory in the prison and they were imprisoned for a very long period.

The Congress had strongly criticised the release of convicts by the apex court. However, several Tamil Nadu parties, including the state's ruling DMK, which is an ally of the Congress, had long rallied for the release of the convicts.

On May 18, the Supreme Court invoked its extraordinary powers to do complete justice under Article 142 of the Constitution, as it ordered the release of A.G. Perarivalan, sentenced to life in the assassination.

Nalini and Ravichandran had then moved the Madras High Court citing Perarivalan's case for their own release, but the high court refused to entertain their plea. They then moved the apex court challenging the high court order. Later, the remaining four convicts also filed similar pleas before the top court.

The Centre's plea said that there is a distinction between the case of Perarivalan and others. "It is submitted that only 3 convicts actually preferred their mercy petition to the Governor of Tamil Nadu under Article 161 of the Constitution besides other authorities," it added.

It submitted that considering the seriousness and sensitivity of the matter and the fact that four petitioners were Sri Lankan nationals, therefore, any decision with regard to foreigners would have serious international implication, and the same falls under the sovereign power of Union of India under the seventh Schedule of the Indian Constitution.

"Thus in the respectful submission of Union of India, apart from the Order dated 11.11.2022 being violative of principles of natural justice and wreaked with glaring and manifest errors apparent on the face of record, keeping in view the international ramifications it entails, there is also substantial cause in the matter warranting its review and an open hearing, wherein, Union of India could be afforded an opportunity to place the correct and germane facts before this Hon'ble Court to assist it to arrive at a just and correct decision in the matter i.e. why the six convicts were not entitled for any relief by this Hon'ble Court," said the Centre.