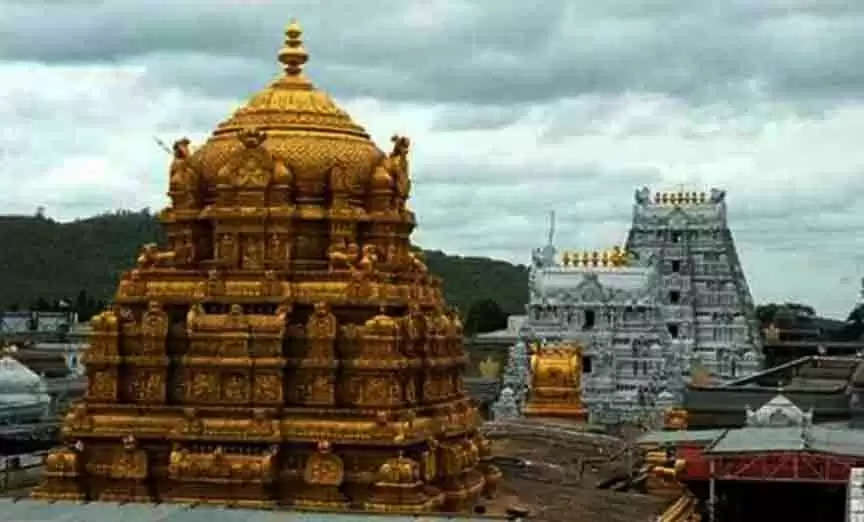 The assets of Tirumala Tirupati Devasthanams (TTD), which governs the affairs of the ancient hill shrine, includes land parcels, buildings, cash and gold deposits given as offerings by the devotees.

The temple body owns land parcels and buildings in different parts of the country. According to officials, TTD revenues are increasing thanks to the rise in cash and gold offerings made by devotees.

Due to increase in interest rates, the temple body is earning more on fixed deposits in the banks.

The TTD declared the list of its assets including fixed deposits and gold deposits in a white paper.

The TTD trust board denied social media reports that it has decided to invest surplus funds in the securities of the Andhra Pradesh government and Government of India bonds. The trust says the surplus amounts are invested in scheduled banks.

The board also claimed that it has strengthened its investment guidelines since 2019.

"As per TTD guidelines, quotations were invited from scheduled banks with the highest credit ratings for gold deposits and banks facing PCA (Prompt Corrective Action process) of RBI were not invited at all," the TTD said.

The TTD has over 900 immovable properties measuring well over 7,000 acres across the country. It also a large number of temples in Andhra Pradesh, Telangana, Tamil Nadu, Odisha, Haryana, Maharashtra and New Delhi.

The assets of the Tirumala temple, also known as Balaji temple, do not include priceless antiques, jewellery, cottages and guest houses built for devotees on the seven hills.