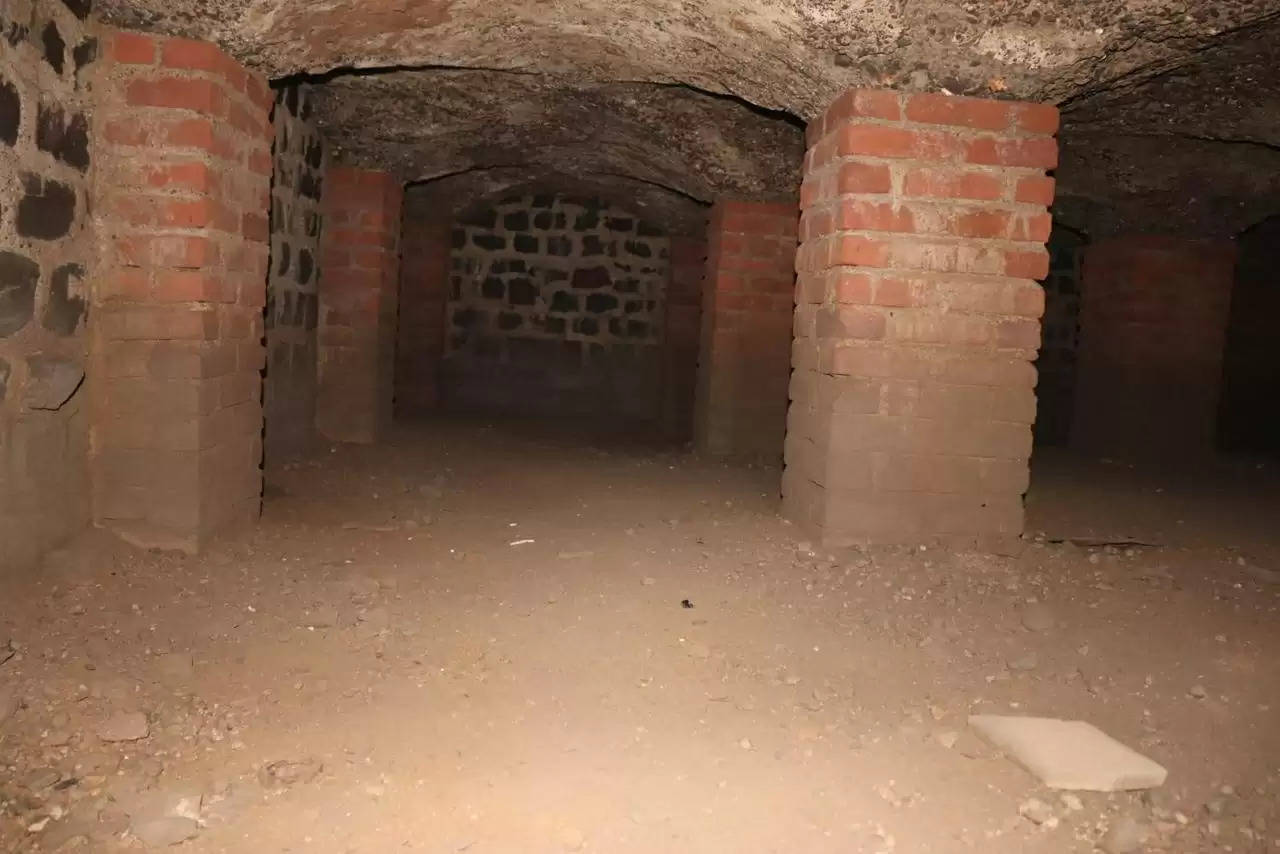 A buried chapter in history was literally dug up when a 132-year-old tunnel constructed during the British era was discovered at the state government-run Sir J.J. Hospital grounds, officials said here on Friday.

Mumbai, (IANS) A buried chapter in history was literally dug up when a 132-year-old tunnel constructed during the British era was discovered at the state government-run Sir J.J. Hospital grounds, officials said here on Friday.

The tunnel, measuring around 200 metres long, has a date mentioned on the foundation stone '1890' and was accidentally found by a resident medical officer on Wednesday, said the hospital Dean Dr. Pallavi Saple.

She told mediapersons that the building under which the tunnel with brick walls has been discovered was the erstwhile Sir D.M. Petit Hospital for Women and Children, which was opened in March 1892, on the sprawling hospital campus at Byculla.

The building is now being converted into a nursing college, and though there was speculation of a tunnel on the campus, there were no official records or maps to locate it, added Dr. Saple.

A hospital medic, Dr. Arun Rathod, while on a routine round, found a hole near the nursing college wall, explored it to discover the tunnel almost accidentally, and carried out a preliminary exploration.

The tunnel may have been built purportedly to connect the former women and children wards, though exact details are still sketchy.

Incidentally, the foundation for the Sir J.J. Hospital was laid on January 3, 1843, and as per the date (1890) on the stone found now, indicates that the tunnel may have been constructed much later.

The hospital authorities plan to provide all details of the discovery to the Collectorate and the Archaeological departments in Mumbai for further investigations.

Earlier, in August 2016, the ex-Maharashtra Governor C.V. Rao was credited with discovering a huge underground bunker and tunnel spread across 15,000 sq. feet under the Raj Bhavan compound.

The bunker, said to be around over 110-years-old or in the pre-World War era, had 13 rooms, and could be accessed by a 20-feet-high gate, with proper ventilation and other basic facilities.

The bunker was cleaned up, strengthened, and conserved after which the former President Ram Nath Kovind inaugurated the Martyrs' Museum that has been created there.

The two massive cannons were lifted by cranes, conserved and are now occupying a prominent, eye-catching location on special pedestals erected outside one of the buildings of the gubernatorial residence.