Red wave turned into ripple but uncertainty grips US

Red wave turned into ripple but uncertainty grips US 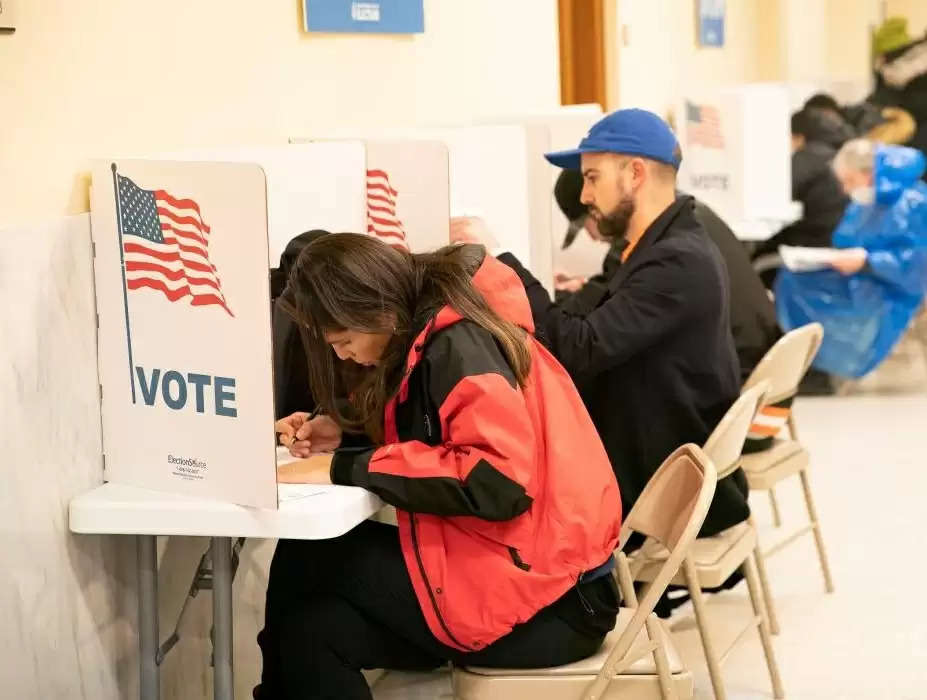 The expected midterm Republican red wave turned into a ripple that lapped the edges of the US Congress but left flotsam of uncertainties over the 2024 presidential poll and governance till then.

New York, (IANS) The expected midterm Republican red wave turned into a ripple that lapped the edges of the US Congress but left flotsam of uncertainties over the 2024 presidential poll and governance till then.

On Wednesday night, after more than 24 hours since the polls closed, the fate of the Senate and the House of Representatives still hung in the balance, even though it was clear that the Democratic Party of President Joe Biden had outperformed the low expectations.

Biden said at a news conference, "While the press and the pundits are predicting a giant red wave, it didn't happen."

If the elections were a referendum on former President Donald Trump and himself, Biden with his understated ways has won.

Even if Democrats do not retain control of Congress when the final results are in, Biden would have outshone the first midterm performance of charismatic predecessors like Ronald Reagan who lost 26 House seats, Bill Clinton 52, Barack Obama 63 and Trump 40.

Biden, who had made what he considered threats to US democracy the centrepiece of his appeal to voters, said on Wednesday after surveying the election's outcome: "It was a good day for democracy and I think a good day for America."

Pushing aside speculations about his future and the voices in his own party questioning if he should run again in 2024 when he would be 80, he said, "our intention is to run again".

But Biden also hedged it saying that it would "ultimately" be a family decision and "I don't feel any hurry one way or another to make that judgment, today, tomorrow, whenever, no matter what my predecessor does".

Trump, the predecessor, said on the eve of the election that he would make a "big announcement" on Tuesday and it was interpreted that he would declare a rematch with Biden.

The midterms turned out to be a disappointment, if not a defeat, for Trump as many of his handpicked candidates, often with views way out of the mainstream, but unquestioned loyalties to him, lost.

"I think if they win, I should get all the credit and if they lose, I should not be blamed at all," he told a news channel Tuesday night with his characteristic bombast.

Where there were other viable candidates, the defeat of Trump's picks like Mehmet Oz running for Senate in Pennsylvania and Blake Masters in Arizona, and the uncertain performance of Herschel Walker in Georgia could cost the Republicans control of the Senate.

"While in certain ways yesterday's election was somewhat disappointing, from my personal standpoint it was a very big victory," Trump posted on Wednesday on TruthSocial, a social media platform he created after he was blocked by Twitter.

He and his supporters are likely now to repeat the 2020 election claims that the elections were "stolen" through a conspiracy.

Republicans made gains where Trump was kept away, like New York, or where a rival like Florida Governor Ron DeSantis was in control. Those two states where Republicans gained seats would ultimately matter for Republicans getting control of the House or for limiting their loss.

Showing up at an Oz rally on the eve of the midterm may have cost the seat as Oz, a secular Muslim had pitched himself as a political moderate and was making headway in the opinion polls among other moderates and independents, became identified with Trump.

Trump could well go ahead and announce the 2024 rerun next week as he has little to lose and could as a presidential candidate create problems for prosecutors and others trying to involve him in litigations or investigations.

His most likely rival for 2024 is DeSantis, who was re-elected governor on Tuesday and could not immediately announce a presidential run.

Republican Senator Lindsey Graham told NBC News that this would leave the field for fundraising and building networks solely to Trump for at least six months.

If ultimately the Republicans control either or both houses, it would not make matters easy for either Biden or the Republican leaders.

With a slight majority, the Republican Congressional leaders would be at the mercy of any small number of ideologies without whose support they can't advance any agenda.

That would be a repeat of what happens in the current Congress where Democrats from the left or the right exert outsize influence.

Democrats retaining control of Congress would be more of the same.

Were the Republicans manage to push a legislative agenda running against his own, Biden warned: "I have a pen that can veto."

A more immediate problem from a Republic control of either chamber of Congress for Biden would be the threats of inquiries into the affairs of his son Hunter involving foreign business entanglements or the Biden administration's handling of matters like the withdrawal from Afghanistan.

The media and most of the pundits who had set up expectations of a "red wave" probably overcompensated for the earlier predictions that failed to see the rise of Trump or underestimate the wide prevalence of conservative views in the electorate.

While the inflation was cited in polls by TV networks as the top issue for about 70 per cent of those polled, abortion came second with about 60 per cent saying they were unhappy with the Supreme Court decision on overturning the earlier decision allowing abortions nationwide and making it a state issue.

The Democrats made abortion the top issue in their campaigns in many areas and it seems to have paid off.

The Republicans kept up a steady drumbeat about inflation, but it seems to have been neutralised by the low unemployment rate and the higher wages, even though they are blamed for the inflation.

Biden's approval rate of 42.1 per cent and Trump's favourability rating of 41.6 per cent according to poll aggregations by RealClear Politics probably neutralised each other.