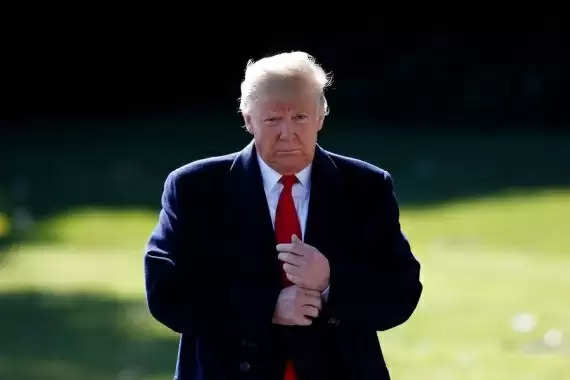 Former US President Donald Trump is not on the ballot in the November 8 midterm elections, but his clout is, and, more importantly, are his plans to run for re-election in 2024.

Washington, (IANS) Former US President Donald Trump is not on the ballot in the November 8 midterm elections, but his clout is, and, more importantly, are his plans to run for re-election in 2024.

Trump has held on to his grip on the Republican party after leaving office deploying, among other tools, his endorsement of candidates from state to federal offices. He has endorsed 25 of 35 Republicans in the fray for the Senate, according to various counts, and upwards of 215 for the House.

Trump had backed more at the start of the 2022 election cycle, but some of them did not make it through the primaries. Their losses did not, however, dent his clout because a large majority of his endorsed candidates - between 92 per cent and 80 per cent, according to multiple analyses - won.

Some of these victories were pyrrhic in a way. Candidates moved way so much to the right of the centre of their parties - into the MAGA corner as Trump's extreme brand of conservatism is called, drawing upon his campaign slogan "Make America Great Again" - that they might have damaged their chances in the general election, specially in swing constituencies where outcomes are determined mostly by independent voters who subscribe neither to the extreme right-wing positions of the Republican party or to the extreme left in the Democratic party.

Doug Mastriano, the Republican running for governor in Pennsylvania state, is one of them. He is steeped in the MAGA ethos - he was there at the US Capitol during the infamous insurrection in which Trump's supporters ransacked the seat of US democracy in a failed attempt to prevent a joint sitting of the two chambers of Congress from certifying Joe Biden as the winner of the 2020 presidential election. He checks all the extreme position - such as complete ban on abortions - and he now trails his Democrat rival Josh Shapiro in polls - by 9 points, according to one released Thursday.

Other Republicans have actually stayed away from Trump. Or, you could argue, he has stayed away from them. Brian Kemp, the Governor of Georgia, who is seeking a second term, is one of them. Kemp earned Trump's ire for refusing to help him in his efforts to overturn the outcomes of the presidential election in Georgia in 2020. Trump tried to beat Kemp in the primaries, but failed. Kemp is leading his Democrat rival Stacey Abrams by 7 points.

If Trump-backed candidates do well in the November 8 midterm elections, the former President might feel encouraged to announce his re-election bid for 2024, which he has been contemplating. Kash Patel, a close aide who says he has been in regular conversations with Trump, says an announcement is likely anytime.

Trump is widely expected to announce after the midterm. He was understood to have been keen to announce earlier, but Republican leaders feared the midterms would become about him and his false claims that the 2020 election was stolen from him, he is still litigating his case to loud cheers from supporters.

The former President is also facing a slew of legal cases, both civil and criminal. His company is on trial in New York for tax avoidance and he is personally being investigated by the US Justice Department for mishandling official documents - some marked confidential - while leaving the White House and Georgia is prosecuting him for pressuring state election officials to alter the 2020 vote count to hand him the state.

Critics have said that Trump may announce a run so as to be able to buttress his claims that these legal cases are politically motivated, which has been his defence largely.

Whatever his motivation, Trump does appear mulling a re-election bid. A good showing by his candidates in the midterm could encourage him along in that direction. If they perform badly, however, he may find it hard to make a case for himself. Equally, all other other Republicans eyeing a 2024 run may feel emboldened then to take him on.