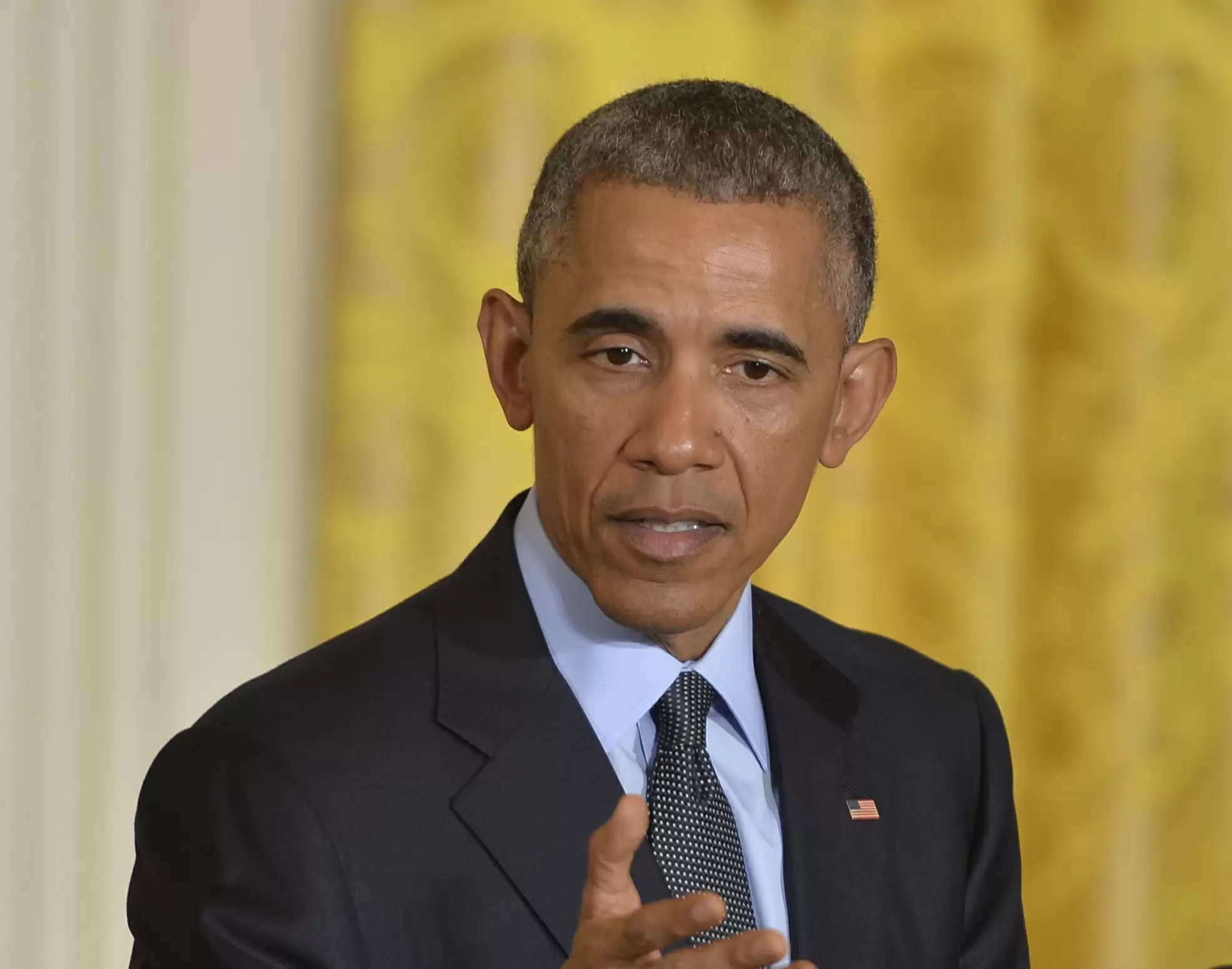 With inflation and high prices of groceries and gas striking a chord with American voters, especially the swing voters in battleground states, former President Barack Obama has pitched in with last-minute efforts to save incumbent President Joe Biden against the powerful rhetoric of the MAGA Republicans led by ex-President Donald Trump.

Washington, (IANS) With inflation and high prices of groceries and gas striking a chord with American voters, especially the swing voters in battleground states, former President Barack Obama has pitched in with last-minute efforts to save incumbent President Joe Biden against the powerful rhetoric of the MAGA Republicans led by ex-President Donald Trump.

Early predictions were that both the Republicans and Democrats were split 46 per cent each and that swing votes in eight battleground states held the key to either of the party's success in the November 8 elections. The swing voters are the uneducated college dropouts in the Latino community worst affected by the 40-year high inflation at 13 per cent.

At present the Democrats and the Republicans are split 50 seats each in the Senate with the former enjoying the tie-breaking vote of Vice President Kamala Harris to pass legislation. In the house of representatives of the Congress, the Democrats have a wafer thin majority with 220 seats against 212 of the Republicans.

Current trends, as projected by the political strategists, show that the Republicans could gain 10 more seats in the Senate to gain a majority and an equal number in the house to only enjoy a wafer thin majority.

Paradoxically, in either party, candidates have disliked the idea of either Trump or Biden campaigning for them. Trump had heavy legal baggage in terms of cases against him in the lower Manhattan courts with NY AG Letitia James suing him for tax fraud, FBI seizing 11,000 documents from his Florida home and DOJ prosecuting him for not returning sensitive documents that could come under the espionage act and the Jan 6 Congressional panel accusing Trump of involvement in the Capitol Hill's insurrection.

Biden, on the other hand, is being held responsible for the economic mess in the country and the waiver of student loans is seen as a massive spend of public money benefiting only a small section of the student community while the majority seems left out, media reports say.

With popularity ratings of both Trump and Biden sliding before the elections, Trump has relied on his own rhetoric to turn the tables on the Democrats, whereas Obama has felt compelled to jump into the fray, albeit a bit late, to salvage the sullied image of Biden in order to capture the swing votes, analysts say.

Obama's magic may not work, feel political strategists. A media report said that the roles have now reversed. Because there was a time when Joseph R. Biden Jr. could dare to go where Barack Obama could not. The roles are reversed as Obama is now jetting from one battleground state to the next while the 46th President is limiting his presence to the blue states where he is still welcome.

One thing is for sure: Neither Republicans nor Democrats favour a rematch between Trump and Biden in 2024 as one appears to be carrying too much legal baggage with donors and funders shying away, and Biden being considered "senile" and too old for the job as he would be 81 in 2024 while Trump would be 76.

Both Obama and Biden teamed up in a last ditch effort to campaign in important battleground states such as Philadelphia in Pennsylvania, where the Republican and Democrats are nearly tied up, though some strategists say Democrats have an edge. But intense campaigning in eight battleground states included Pennsylvania, Ohio, Nevada, New Hampshire, Georgia and Arizona.

Both Obama and Biden during their days at the White House have been a political odd couple. Obama represented the suave orator while Biden is symbolic of the archetypal American politician from Delaware, not too far from the capital, Washington DC.

Obama is desperately trying to validate Biden's presidency and legitimising it with voters showcasing his achievements on the inflation reduction act, lowering healthcare costs for the middle class, lowering costs of prescription drugs and waiving mounting debts of college-going youth towards tuition fees to colleges for families with income levels below $100,000 a year.

But the cry is for more relief, reports indicate that has led to frustration. Over 47 million borrowers owe financiers under the PELTS scheme about $1.7 trillion.