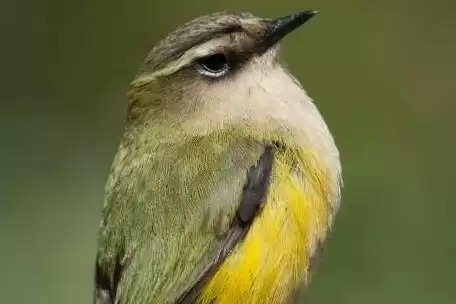 The endangered small alpine rock wren piwauwau has been named as New Zealand's Bird of the Year 2022, the event organiser announced on Monday.

Wellington, (IANS) The endangered small alpine rock wren piwauwau has been named as New Zealand's Bird of the Year 2022, the event organiser announced on Monday.

The Bird of the Year competition is an annual competition held by New Zealand's independent conservation organization Forest and Bird, in a bid to raise people's awareness of the country's birds, reports Xinhua news agency.

The event has caught considerable interest from both home and abroad.

"It's been awesome to see New Zealanders get to know some of their lesser-known feathered neighbours and celebrate how awesome they are.

"A vote for piwauwau is a vote for climate action. As New Zealand's only true alpine bird, these tiny wrens are already feeling the impacts of warmer temperatures, which allow predators like rats and stoats to climb higher and invade their mountaintop homes," she added.

The piwauwau is a little olive bird with a stubby tail and long legs, weighing about the same as a Mallowpuff.

They have feet resembling snowshoes, with long talons like crampons for gripping onto rocks and snow.

Rock wrens live above the bushline in the Southern Alps, bobbing and hopping between rocks rather than flying.

They are classified as nationally endangered and are threatened by introduced predators such as stoats, mice and rats which raid their nests.

Rock wrens are one of two surviving species (along with titipounamu riflemen) from an ancient wren lineage unique to New Zealand.

"It's been awesome to see enthusiasm for our native birdlife shine during these past two weeks," said Bird of the Year spokes-human Ellen Rykers.

"We're stoked to see our hidden gem underbirds got some recognition! The underbirds received the biggest proportional increase in number one votes compared to 2021.

"In addition to the piwauwau win, another underbird, the puteketeke Australasian crested grebe, cracked the top 10."