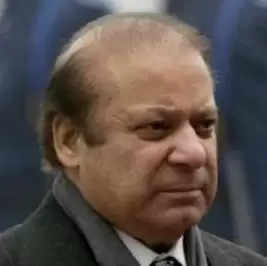 Former Prime Minister and Pakistan Muslim League - Nawaz (PML-N) chief Nawaz Sharif has said that he wants to return to Pakistan immediately, adding that the consultations over it are underway, media reports said.

London, (IANS) Former Prime Minister and Pakistan Muslim League - Nawaz (PML-N) chief Nawaz Sharif has said that he wants to return to Pakistan immediately, adding that the consultations over it are underway, media reports said.

He said that the people in Pakistan are facing financial problems not political, while reiterating that the general elections in the country will be held at the designated time, Samaa TV reported.

The PML-N supremo said that Imran Khan's long march has failed, adding that his rhetoric - which has sown the seeds of lies, hatred, and division - could not flourish, Samaa TV reported.

Nawaz Sharif also said his party is against the politics of revenge and hatred while its prime objective is to make the country self-reliant.

He suggested that the coalition government should start programmes like youth loans and provision of free electricity to people consuming less units.

PTI chief Imran Khan had earlier called out Prime Minister Shehbaz Sharif for consulting his elder brother Nawaz Sharif regarding the appointment of the new Army chief, The News reported.

"How can the PM consult a fugitive [Nawaz Sharif] on a chief of army staff's appointment," he asked, referring to Shehbaz Sharif's visit to London last week.

"It is impossible to imagine that a convicted and fugitive person will now take important decisions in Pakistan," he said.

The former premier added that they are only thinking about protecting their wealth, questioning whether they should "be trusted with the important decisions of the country?"