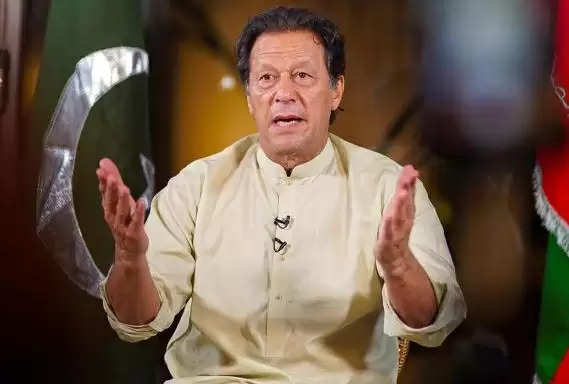 A set of especially crafted watch, gold pen, ring and cufflinks, which were gifted to former Pakistan Prime Minister Imran Khan by Saudi Crown Prince Mohammed Bin Salman, were sold for as little as $2 million, a media report said.

According to the Samaa TV report, this was disclosed by the man who had bought the set from Farah Shehzadi aka Gogi, a close friend of the former premier.

The buyer, Dubai-based businessperson Umar Farooq disclosed that he was a collector of exotic watches.

He added that he was approached by Khan's former Asset Recovery Unit head Mirza Shahzad Akbar with a query on whether he would be interested in buying a rare watch, Samaa TV reported.

When he said he would be interested, negotiations began.

Farooq explained that he took the watch and the rest of the set to a watch merchant to have it appraised.

"I asked them to authenticate what kind of a watch it was to which I was told this was a one-of-a-kind diamond encrusted Graff watch with a Khana-e-Kaaba watch face and that it was a 'masterpiece'."

He was told that it had a market price of around $12 million to $13 million.

When he asked that if someone wished to purchase it, how much should they pay for it, Farooq said he was told that if he can get a deal for it for around $5 million to $7 million, then that would be a good deal.

Thereafter in their negotiations, he said that he managed to settle on a price of around $2 million dollars, Samaa TV reported.

One aspect of the low price was that the seller wanted payment in cash.

Farooq said that after agreeing to the deal, he withdrew $2 million from his bank and gave it to the watch owner's representatives.

"Shehzad Akbar informed me that Farah Gogi will bring the (expensive) watch to Dubai."

He unveiled that Farah Gogi brought the watch to him in his office and that it was she to whom he gave the money.

According to the records of the Toshakhana, the Graff watch set with the pen, ring and cufflinks was gifted to Khan during his visit to Saudi Arabia in September 2018, Samaa TV reported.