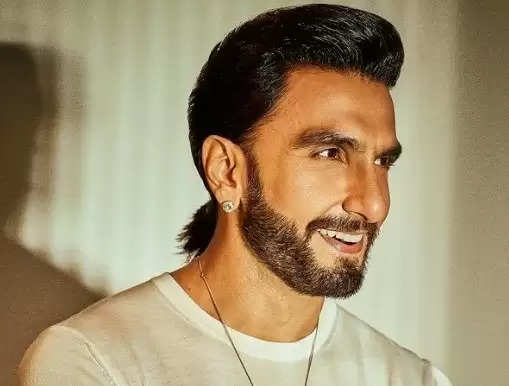 Mumbai, (IANS) Bollywood star Ranveer Singh will be honoured with Etoile d'or at the 19th edition of the Marrakech International Film Festival, this year.

The festival will pay tribute to Ranveer Singh and will honour him with the title which has been previously received by the likes of Amitabh Bachchan, Shah Rukh Khan and Aamir Khan.

Along with Ranveer, iconic Scottish actor Tilda Swinton, renowned US filmmaker James Gray and Moroccan film pioneer and director Farida Benlyazid will also receive this honour, in keeping with the festival's tradition of celebrating cinema in all its diversity.

Reacting to the development, Ranveer said in a statement: "I'm deeply humbled and thrilled to be receiving a tribute which recognises my body of work along with this very, very special honour, the Etoile d'Or! The Marrakech International Film Festival is one of the most respected film events in the world, bringing together the best of cinema from across the world, especially Asia and Africa, which have universal appeal. As such, I'm extremely grateful for this distinctive recognition and the prestige bestowed upon me by the festival.

In 12 years of his cinematic journey, Ranveer has become one of the most celebrated actors of Hindi cinema has admirers across the globe courtesy his films like 'Band Baaja Baarat', 'Ram Leela', 'Bajirao Mastani', 'Padmaavat' and 'Gully Boy'.

Ranveer further said: "It will be exhilarating for me to be celebrated in Morocco, in the presence of lovers of world cinema and the esteemed jury members of the festival this year."

"I thank the Marrakech International Film Festival Foundation for honouring me with bowed head and folded hands. I have always aspired to be a significant contributor to the realm of the arts and this validation will give me immense motivation, inspiration and impetus to create more and more."

The actor will be in the Moroccan city from November 11 through November 13 and will attend the grand inauguration and his felicitation in front of world cinema lovers at the historic Jemaa el-Fna Square.