Paris Hilton denies that she is 'struggling' to get pregnant

Paris Hilton denies that she is 'struggling' to get pregnant 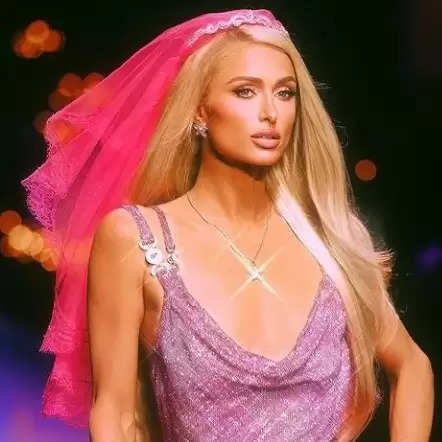 American socialite and entertainer Paris Hilton has shared that isn't "struggling" to start a family as opposed to what her mother Kathy earlier stated.

Los Angeles, (IANS) American socialite and entertainer Paris Hilton has shared that isn't "struggling" to start a family as opposed to what her mother Kathy earlier stated.

The 41-year-old socialite's mom, Kathy Hilton, recently declared it "breaks her heart" seeing her daughter and her husband, Carter Reum, be so "desperate" to have a baby of their own, but the 'Stars Are Blind' hitmaker insisted they don't feel like that at all, reports Female First UK.

She told TMZ: "I don't know where she got that. It's never been a struggle at all."

According to Female First UK, Paris explained that she and Carter, also 41, are "stocking up" and have "tons of embryos that have all just been waiting" as part of their IVF treatment. The 'Cooking With Paris' star's clarification came hours after Kathy told how she had been urging her daughter to "relax" and stop worrying about getting pregnant.

'The Real Housewives of Beverly Hills' star told E! News: "It breaks my heart because I know she is trying and trying and I always say, 'Just relax'. So many people struggle and it doesn't just happen like that."

Female First UK further states that Kathy explained that Paris and Carter are very happy together and marked their anniversary at a carnival.

She said: "They are so happy. They had their one-year anniversary at the carnival and they want to do that annually. They were like two kids, it was really sweet."

Paris previously hailed Carter as her "Prince Charming" and insisted she'd never met anyone like him before.

Asked how it felt to have his support, she said: "You're going to make me cry asking a question like that. I've never met a man like this in my life."