US Fed Reserve hikes interest rates by 75 basis points, Indian markets and rupee to be hit

US Fed Reserve hikes interest rates by 75 basis points, Indian markets and rupee to be hit 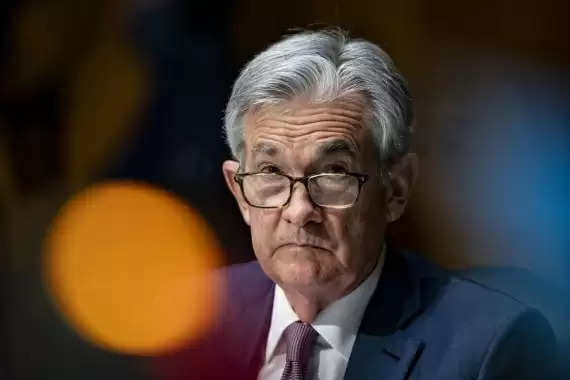 The US Federal Reserve has raised key rates by 75 basis points, the fourth such hike by it this year to curtail rising inflation.

New Delhi, (IANS) The US Federal Reserve has raised key rates by 75 basis points, the fourth such hike by it this year to curtail rising inflation.

The Fed Chairman, Jerome Powell was quoted as saying by reports that the bank is firmly committed to lowering inflation.

The aggressive rate hike by the Federal Reserve will put further pressure on the stock markets globally, especially on rising economies like India.

Every rate hike by the US Federal Reserve forces American investors to pull out funds from emerging markets.

The latest hike in interest rates is likely to have a major impact on Indian markets when they will open for trading on Thursday morning.

Key indices may witness a free fall, quite like on September 21 this year, when the US Fed had last hiked key rates.

The already weakened rupee, too, is likely to be impacted.

While the rupee has crossed the 83-mark against the US dollar on quite a few occasions this week in anticipation of the US Fed announcing a hike in rates, now that it has actually happened, the domestic currency may weaken further.

Interestingly, while this is the fourth time the US Fed has hiked rates, even the RBI has hiked repo rates four times this year.

US Fed's rate hike actions have a direct bearing on Indian markets and the rupee, as higher interest rates in the US take the sheen off Indian equities, weaning away foreign investors, say market analysts.